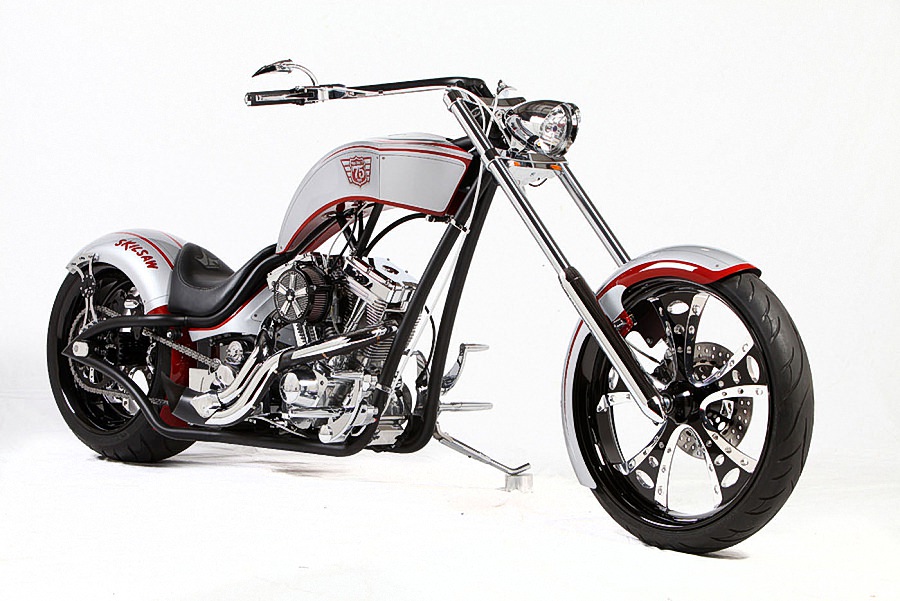 To celebrate the 75th anniversary of «The Saw That Built America,» the Worm Drive SKILSAW(R), SKIL Tools is auctioning off a custom daily rider chopper that was built to commemorate the milestone. The power tools company partnered with Paul Teutul Jr. and his crew at Paul Jr. Designs to design the chopper along with a second custom show chopper that was unveiled earlier this year. (PRNewsFoto/SKIL Tools)